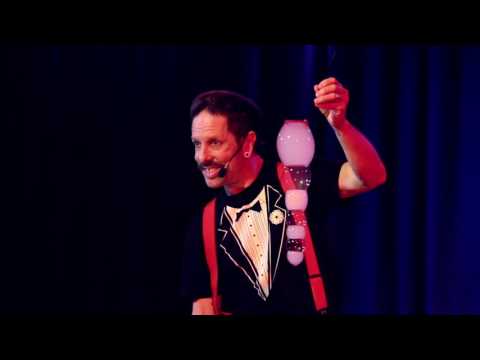 Dr Hubble knows bubbles and bubbles are fun for everybody!

Students will discover the science, magic and beauty of bubbles in a fun and educational manner that aligns with the curriculum.

Dr Hubble will teach students how to make bubbles in a sustainable way without plastic and pollution!

All bubble shows commence with students observing one large bubble on its journey to create a state of mindfulness and focus.

During the performance students are encouraged to gather data using all their senses, to wonder, pose questions and make predictions.

Shows can include the following:

Shep has over 30 years experience in front of audiences in more than 30 countries around the world, including 4 separate seasons at the Sydney Opera House, a season at The National Theatre in London and numerous TV appearances.

Shep started out as a juggler, acrobat, clown and fire eater with a 3 man show called Circus in a Suitcase.  Shep then went on to travel the world as a solo street performer performing at the prestigious Edinburgh Festival 17 years in a row.

Shep is also a founding member of the Happy Sideshow, a seminal, influential group that inspired a new generation of extreme circus performers.

Shep brings years of experience and an infectious enthusiasm to every show. Incursion
Kids will go wild while they learn about the life cycle of the Bush Tick and what to do if they spot one.
Read more
New Incursion
Kids will go wild while they learn about the life cycle of the Bush Tick and what to do if they spot one.
Read more